Cork’s First French Food & Wine Festival began on 22nd of September and ran through until Saturday 25th, centred around ‘On The Pig’s Back’ at St. Patrick’s Woollen Mills in Douglas.  Congratulations to Isabelle Sheridan for bringing a big helping of French food, wine and culture to Cork. 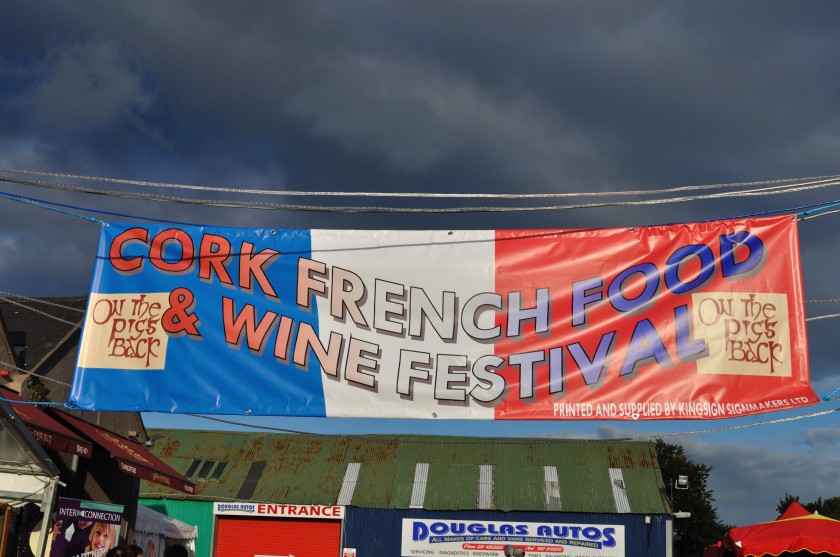 I was there on Friday evening for ‘The Marche Nocturne’ and luckily the weather was more than kind for the entire weekend.  I observed a game of Petanque, tasted some goats cheese, fruit pate (blackcurrant), olive paste, more goats cheese and some delicious organic white wine.  There were plenty of wines to choose from and experts to quiz from ‘O’Donovan’s’,’ Bubble Brothers’ and ‘The Wine Buff’.  Suppliers had also travelled from France with cheese and wine and olive produce. 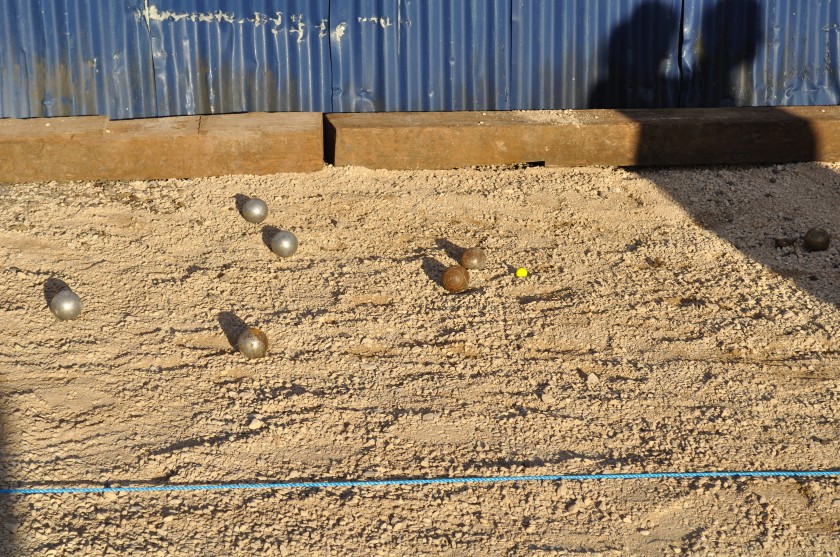 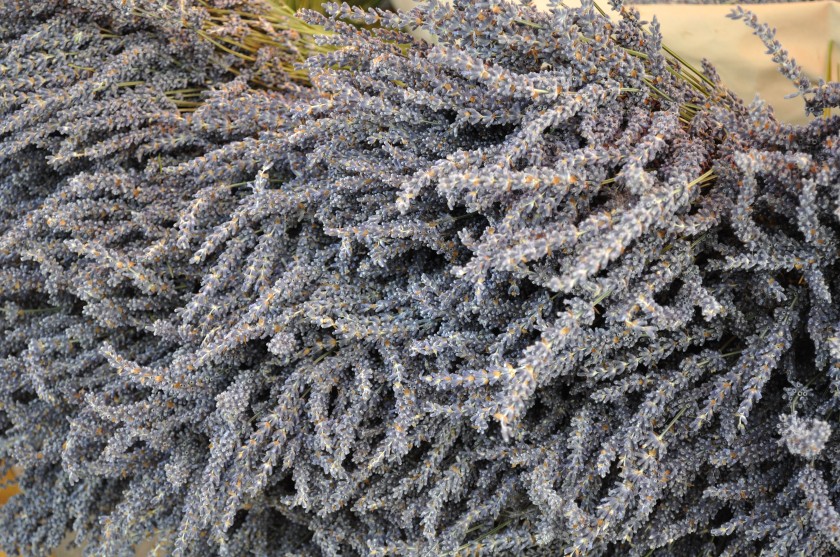 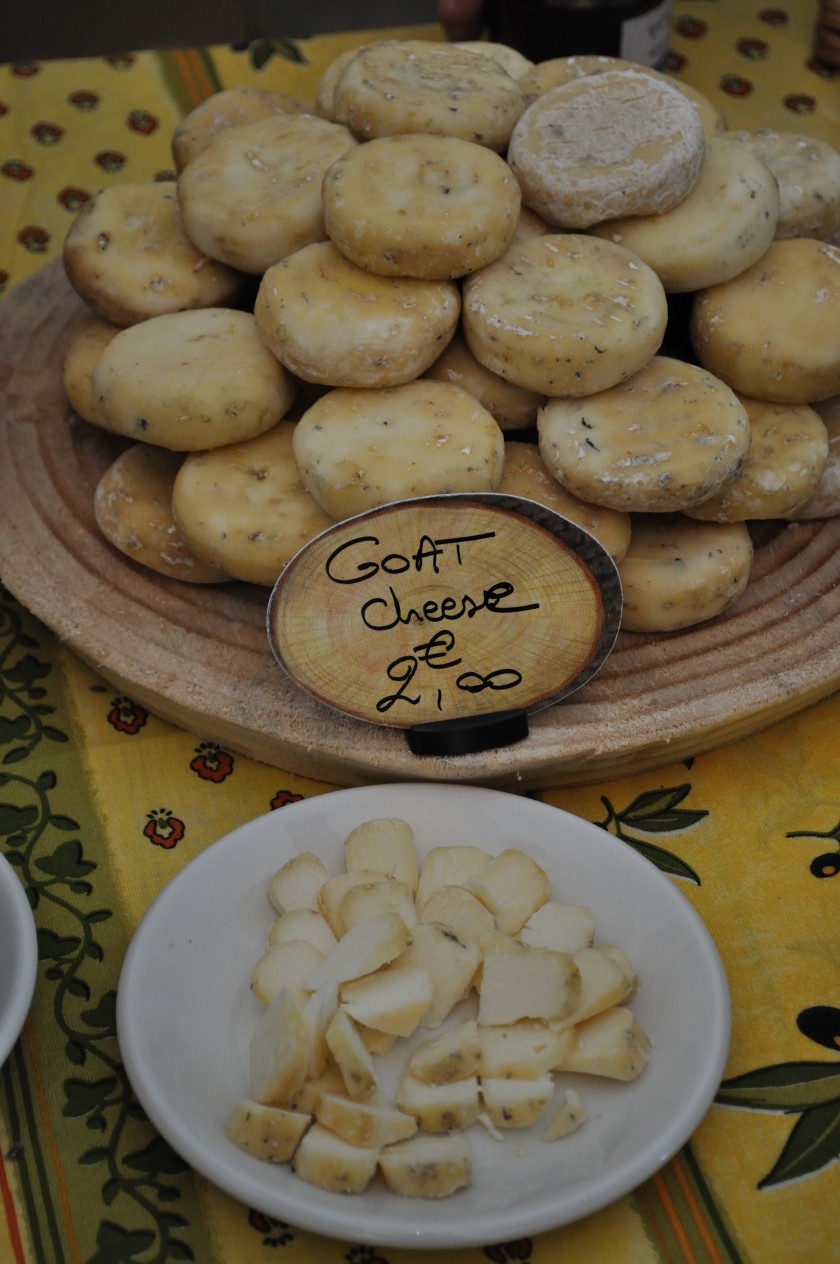 The French Ambassador to Ireland, Mrs Emmanuelle D’Achon and Lord Mayor of Cork, Cllr Michael O’Connell both spoke of shared friendships between the two countries and officially opened the market.

I left the market on Friday evening and went home to feast on some Arbutus Breads, sausages from McCarthy’s of Kanturk and various cheeses and relish all washed down with an organic blend of Viognier & Grenache Blanc from Cotes du Rhone (Tour Couverte – The Wine Buff).  Dessert was an ‘Opera’ slice and an eclair from the amazing confectionery of ‘Sugar’, Washington St. Cork.
Returning to sunshine on Saturday morning I participated in a small group discussion that Isabelle kindly organised and we chatted, asked questions and learned about gluten, fibre and the salt content of food.  I learned that while the government recommended aim is for 6g intake of salt per day we should really be aiming closer to 3g.  This means change and change is hard.  6g of salt is one teaspoon and we need to aim for half of that.

I know this is going to be difficult in my household where some (who shall rename nameless) insult the chef by reaching for the salt cellar first and tasting the dinner afterwards.  Apparently it takes just 4 weeks to readjust our taste buds so I have hidden the salt and will be putting a pepper and chilli mill on the table instead.  Kids sugary/salty cereals and white bread are also getting the bullet and I’m looking for suggestions and alternatives over on a discussion on my Facebook page so if you’ve any ideas please join in.(follow facebook link)

And so to eatCORK!  I signed up for two workshops that took place on the last day of the eatCORK festival (26th) and again congratulations to the organisers (Dianne Curtin & Rose-Anne Kidney).
First up was ‘The Lesser Known Steaks’ with Eoin O’Mahony of ‘O’Mahony Family Butchers’ at the English Market.  This was a master at work, a true craftsman, an artist.  Deftly manoeuvering the various knives along the seams of each muscle and cautiously trimming as he went along, Eoin informed us that nothing is wasted.  I’m sure I’m not the only one who was hypnotised as the knives made their journey and the witty, informative chatter flowed.  How he spoke and cut at the same time is beyond me.  Taking a leg of lamb he used ‘seam butchery’ to go with the natural seams of the muscles and break it down into 5 distinctive muscles each of which he explained would cook and eat differently.  I don’t usually find myself salivating at the butcher’s counter but as each cut was produced my hunger increased.

With too much information to disseminate here I will share with you just one recipe from Eoin.
‘Tira di Asado’ ribs (see pic below)
lemon juice
rosemary
salt
garlic
&  cook in an oven of 150C for 4 to 5 hours until the fat on the ribs renders down to produce delicious morsels that will have you fighting for the bones.

From master butcher to master sausage maker, I moved on to watch Declan O’Flynn of  ‘O’Flynn’s Gourmet Sausage Company’ at work. 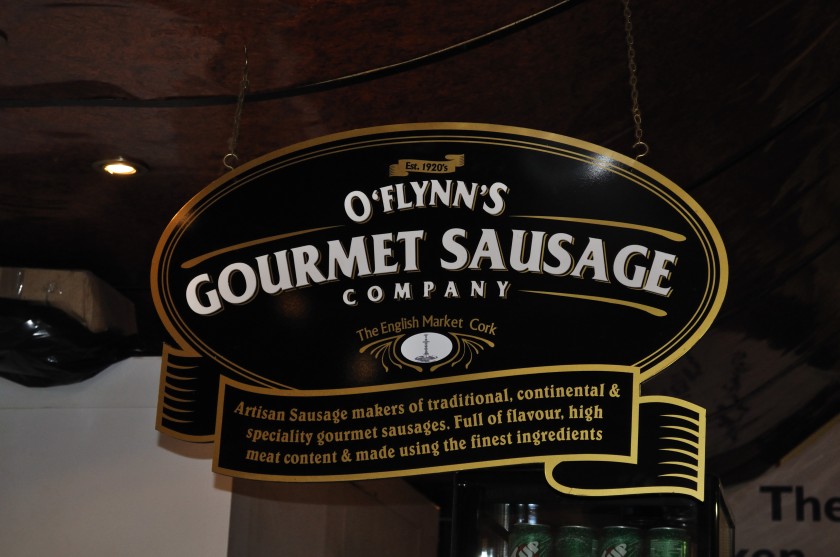 Declan (4th generation sausage maker) ran us through a brief history of his company and proudly explained the link between his “Cork Boi Sausage’ (Great Taste Gold 2009) and ‘Murphys’ Irish Stout.’
Starting out with 2 or 3 varieties they now produce up to 40 different types of sausages. 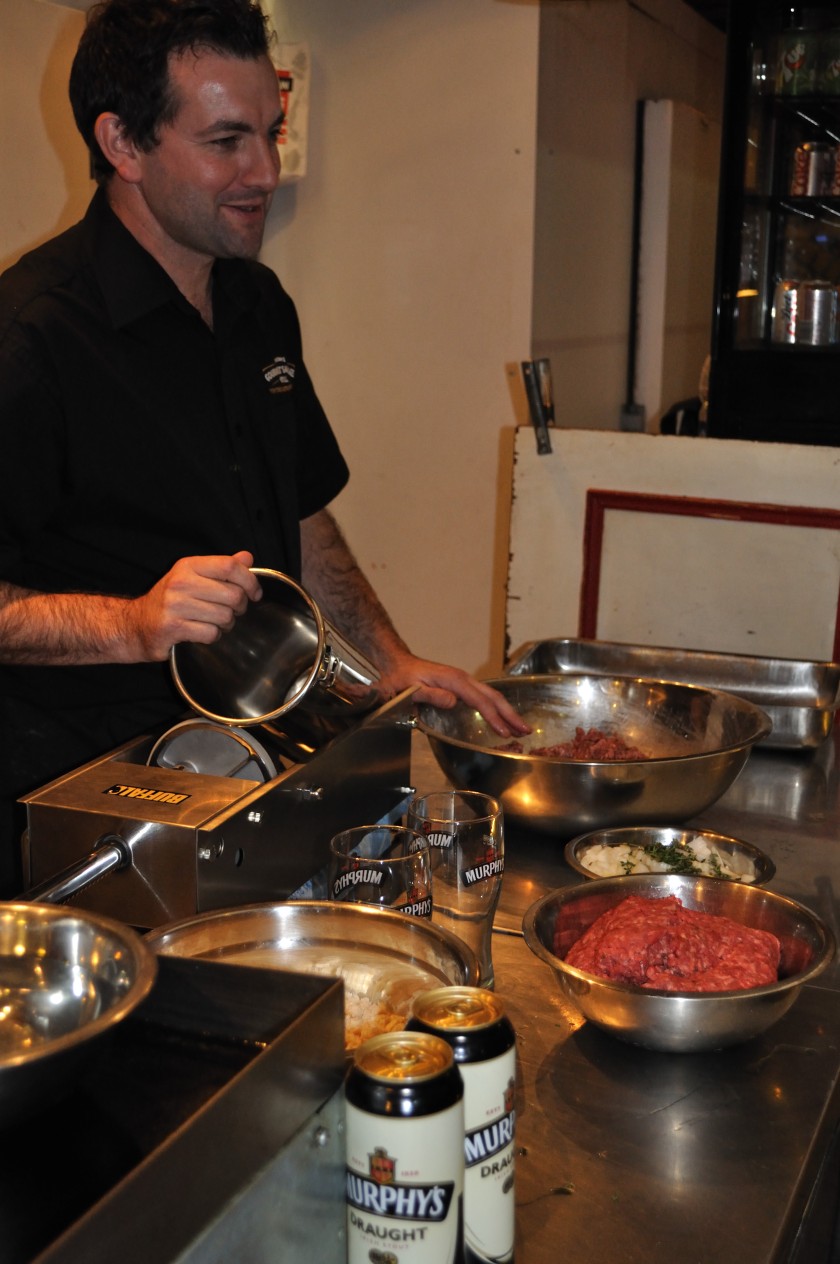 Ingredients in  ‘The Cork Boi’ include beef and pork mince, onions, thyme, seasoning (secret), breadcrumbs and Murphy’s Irish Stout.  Usually twice minced, Declan mixed this by hand and used the sausage maker to wrap them in their casing.  He then twisted and turned to quickly produce a long link of sausages which he then very kindly divided between us all to take home.

I hope that when the organisers of both ‘The French Food & Wine Festival’ and ‘eatCORK’ have recovered from what must have been an exhausting few weeks they will take time to revel in the success of their endeavours.  Sign me up for 2011!
Til next time, Sheila.