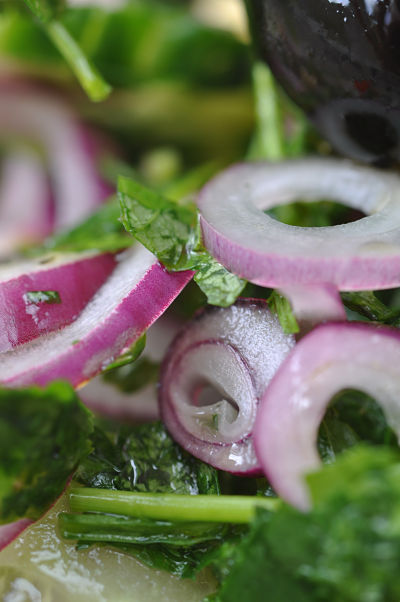 After finally splashing out on a fancy food processor what better recipes to put it to the test with than with ‘Jamie’s 15 Minute Meals’ – Delicious, Nutritious, Super-Fast Food.  So far I’ve tried 3 recipes from the book with great success.  Now maybe it’s my faffing and to-ing and fro-ing from cupboards to fridge and back again but it takes me 15 minutes to get organised and then I’m ready to cook, so for me it’s more like 30 minute meals but I’m more than happy with that.  So far I’ve tried out three recipes.  The ‘Blackened Chicken –  San Fran Quinoa Salad’ is amazing, the ‘Modern Greek Salad – Spinach, Chickpea & Feta Parcels’ are superb for the vegetarian in your life and finally the ‘Golden Chicken – Braised Greens & Potato Gratin’ is a winner for midweek family dining.  If you’re simply after some tasty salad recipes then I’ve reproduced Jamie’s San Fran Quinoa Salad and the Modern Greek Salad on previous posts on the blog.

Dunnes Stores has continuously developed and improved their homeware department over the past number of years and having designer Paul Costelloe on board – who is designing menswear for them now too – is an absolute coup.  I’m loving his rustic/mediterranean influenced pottery range that’s in-store now.  Their Carolyn Donnely e c l e c t i c range is well worth checking out too.

Knorr kindly sent me a selection of their Create More sauces and Knorr Professional Mixed Herbs Puree.  I made this gluten-free focaccia studded with olives, sun-dried tomatoes and rosemary and generously basted with their Professional Mixed Herbs puree mixed with some rapeseed oil.  We like to dip our bread into a dish of olive oil with a floating slick of balsamic vinegar.

I bought these delicious tomatoes in my local SuperValu last year and I’m delighted to see them back on the shelves again.  They’re called ‘Irish Flavorita Tomatoes’ and as the name suggests they are lovely and sweet and flavoursome.

At last the sun has decided to breakthrough here in Ireland and after a long hard winter and a distinctly chilly Spring we’ve been given a tease of summer lately with a little bit of heat.  As summer approaches I’m embracing salads and Jamie’s super easy recipes as previously mentioned.  I’ve also experimented with another hummus, this time flavoured with harissa paste that has been lingering in the fridge for an unknown amount of time so its time to use it up!  This Harissa Hummus is a quick and easy  dip, perfect to entertain with, served with some spicy pita chips and something refreshing, crisp, white and chilled.  Now that to me says summer.

Talk to you in June! Enjoy, x  Sheila