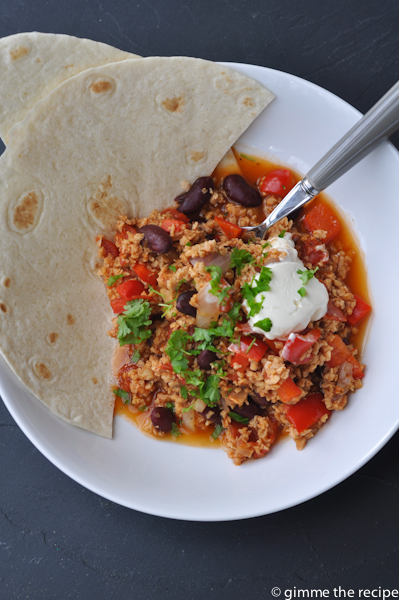 If ‘con’ means with then ‘sin’ means without in Spanish – at least according to wikipedia.  If it’s wrong you know who to blame and it isn’t me. So ‘Chilli Sin Carne’ is chilli without meat.

My eldest is in college, living away from home during the week and cooking for himself.  Over the last few years he and his friends have become more interested in their diet and especially protein in the interests of bulking up.  I blame you Conor McGregor.  They are also pretty interested in going out which requires funds hence the lack of dosh for procuring premium beef.  This is where a packet of Soya Mince pops up in the shopping trolley, a good alternative source of protein and cheap enough for a student on a budget.

Soya mince needs to be given a huge kick of flavour as it has none of it’s own, tasting like what I imagine sawdust would taste like but then I’m not about to prove that.

I’ve tried it successfully in this chilli recipe and didn’t tell the kids what it was before they tried it and it went down well.

This is for you Johnnie:

Chilli Sin Carne
Serves 4
You will need:
1 tbsp rapeseed oil
1 red onion
2 cloves garlic
2 tsp mild chilli powder
1 tsp ground coriander
1 tsp paprika
1 tsp dried oregano
2 red peppers
2 tbsp tomato puree
100g soya mince
1 tin chopped tomatoes
1 tin red kidney beans
500ml vegetable stock
Method:
Peel and finely chop the red onion.
Heat the rapeseed oil in a large pan to a medium heat, add the onion turn down the heat and leave to soften for 5 minutes.
Peel and crush or mince the garlic cloves and add to the softening onion.
After a few minutes add the spices – chilli powder, coriander, paprika and oregano and stir well.
Deseed and cube the red peppers and add into the spiced onions.
Mix in the soya mince and tomato puree turning the heat up to medium stirring well, imparting flavour to the soya mince, after a couple of minutes add the chopped tomatoes, red kidney beans and vegetable stock.  Raise the heat until it bubbles and then reduce heat to simmer for a further 20 minutes at least adding more water if it looks too dry.
Serve with rice.
Also good in a wrap with a dollop of sour cream and fresh chopped coriander.
Enjoy!
‘Til next time, Sheila.

4 thoughts on “Chilli Sin Carne (a recipe for Johnnie)”