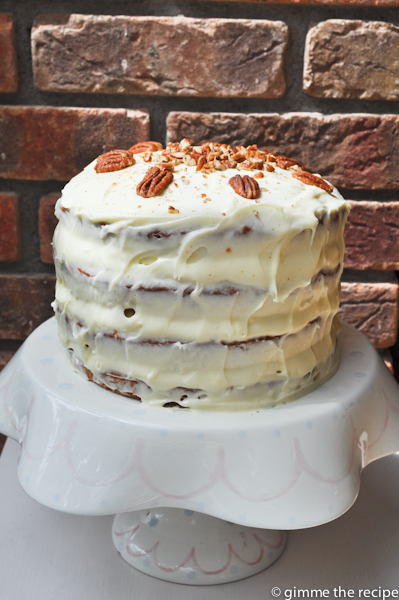 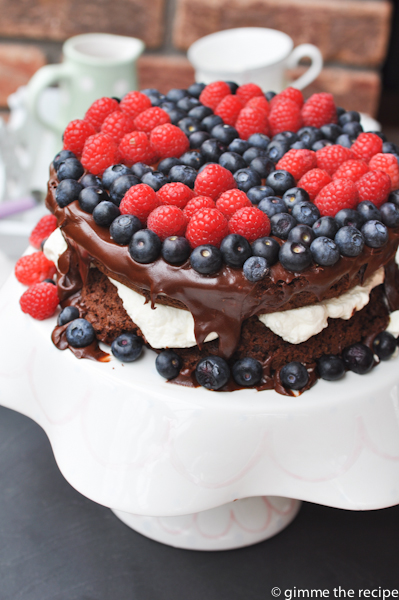 Why not make your next weekend special for no reason other than you deserve to have some delicious cake every now and then.  I like to sneak some chopped raspberries into the cake mixture for extra moistness and we all fight to lick the icing bowl and spoons.  While you really ought not to eat raw cake mixture I always do and beaters and spatulas become lollipops.  The cake mixture contains a full bar of chocolate as does the rich chocolate butter icing making this a very chocolatey chocolate cake.
While the pictures below are very similar, I couldn’t choose between them or leave any out, after all one can never have enough cake.

Method for Chocolate Cake:
Preheat the fan oven to 170oC/Gas mark 5.
Grease and line two round cake tins (20cm or 8”) with a little butter and parchment paper.
Use an electric mixer to cream the butter and sugar together.
Melt the dark chocolate in the microwave and mix in with the butter and sugar.
Sift the flour and baking powder together in a separate bowl and set aside.
Beat the eggs in a bowl and add about a third to the butter and sugar mix followed by about a third of the flour. Continue adding the egg and flour alternating until all are added. Mix in 12 roughly chopped raspberries and mix well.
Divide the mixture between the two cake tins.
Bake the cakes for 30-35 minutes, testing with a skewer to see if baked, if any wet mixture clings to the skewer return to the oven for a further 5 minutes and test again.
Allow the cakes to cool for ten minutes or so before removing from tins to cool on wire rack tray before icing.

Method for Rich Chocolate Butter Icing :
100g dark chocolate (70%)
250g icing sugar
25g unsalted butter (approximately 1 heaped tbsp.)
3 tbsp hot water
Break up the chocolate into a bowl and microwave it on low power for 1 to 2 minutes until melted.
Sift the icing sugar into a bowl and stir in the melted chocolate.
Add the butter and hot water and beat well with a wooden spoon until smooth.
Keep beating as you add in the hot water to make a smooth icing.

Layer some raspberry jam and freshly whipped cream to sandwich the cake together.
Pour the chocolate butter icing over the top and use a spatula to smooth over and down the sides of the cake.
Decorate with fresh berries.

Indulge & Enjoy.
‘Til next time, Sheila 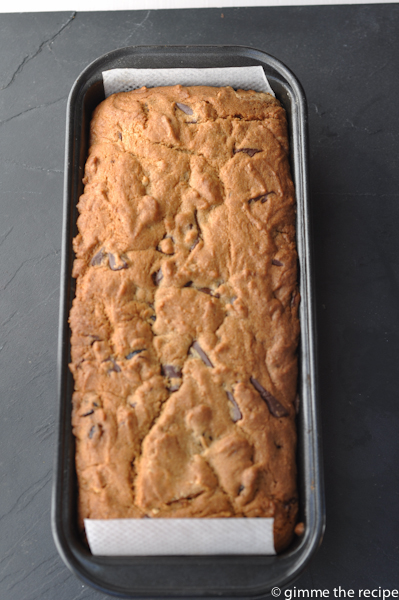 January was one long month, I just couldn’t get to the end of it quickly enough.  The endless confetti of plastic windowed envelopes gliding in through my letter box on a chilly breeze; there was no mistaking these as straggling greeting cards, these were bills! Reminders of the excesses of the holiday period.  You’ll be more prepared next year though won’t you?  You’ll save a bit so you will.  Won’t we all!  Meanwhile hollow pledges aren’t going to stall the direct debits so it’s time for a stocktake of your freezer and cupboards.  What on earth is lurking in there and what indeed is it waiting for?  I know I’ve some frozen pastry sheets for just-in-case visitor moments so I’m going to pull those out and fill them for supper one of these fine evenings.

In the meanwhile a little bit of comfort.  I hadn’t baked for ages and there’s nothing like the smell particularly when it’s so rare.  The dried cranberries plump up really sweetly in a buttery cake and keeping the chocolate chunks nice and big make a slice of this a welcome wintery weather treat.

Chocolate Chip, Cranberry & Peanut Butter Loaf Cake
You will need:
150g butter
5 tbsp crunch peanut butter
175g brown sugar
250g plain flour
1 tsp baking powder
2 eggs
200g good quality chocolate (2 bars, I go for >75%)
60g dried cranberries
Method:
Grease a loaf tin with butter and line the base with a strip of baking paper.
Pre-heat the fan oven to 180C
Beat the butter and brown sugar together
Beat in one egg followed by half the flour and baking powder
Beat in the remaining egg and flour
Stir in the crunchy peanut butter, dried cranberries and the chocolate cut into large chunks
Bake for 40 to 45 minutes until nicely browned on the outside
Leave to cool for 10 minutes before removing from the tin, allow to cool further on a wire tray.
Enjoy!
‘Til next time, Sheila 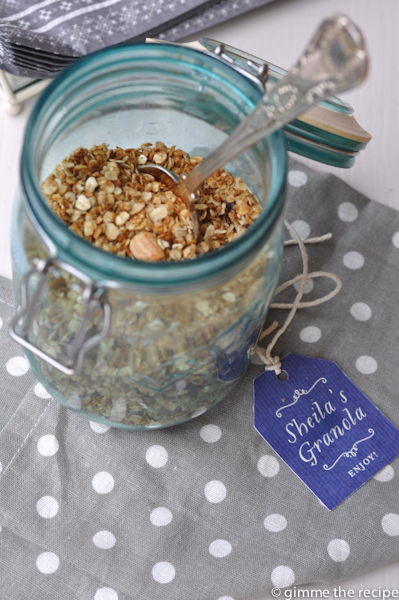 Cinnamon, orange and cranberries all singing of Christmas come together in this delicious crunchy granola recipe from Glenisk.  I made a big tray of it today and sprinkled over yoghurt it makes for a very tasty and satisfying breakfast or snack.

Even if you’ve no intentions of making this granola I recommend you take a look at this ‘forkful’ produced video on youtube for Glenisk which shows the ‘Orange & Cardamom’ granola magically coming together.

Enjoy,
‘Til next time, Sheila. 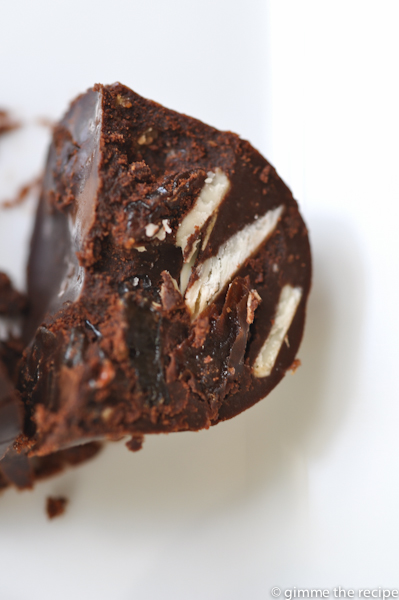 Does that just sound sad, pathetic, weak-willed, the cry of the sugar addict?
Maybe, and if so I’ve spawned 6 little sugar craving monsters of my own who also wail of their ‘need (for) chocolate.’  But that’s not a problem because in my house there’s ALWAYS chocolate.  The stash locations vary, sometimes it’s out in the open on the worktop in the box that says ‘biscuits’ because sometimes the most obvious place is the last place they’ll look.  And I don’t particularly mind sharing the stash, what I do mind is when the last morsel has been raided and I go in search in anticipation only to be met with the vacant and crumpled foil.

As a well established cynic it’s not in my nature to buy into fads.  Those 10 second soundbites announced like some Gospel as time-fillers on the morning radio with the latest stats on what’s going to kill you or make you live longer – well they just have me raising both eyebrows and rolling my eyes.  So when someone tells me that drinking coffee loaded with fat will have me training my body to burn fat instead of sugars my reaction is a pretty lame ‘meh, I really don’t think so.’  But that’s just me because I’m a cynic and I really don’t like the sound of loading coffee with 2 tbsp coconut oil and 2 tbsp butter and knocking that back for my breakfast.  I won’t be trying it because I like to eat food.

I’m not selling you any promises with these chocolates other than they will really stretch your chocolate bar and with the hiding place being the freezer it’s the last place the kids will look.  With a nod to towards the health brigade I experimented with some additions of various types of nuts and dried fruit, like flaked almonds, macadamia nuts and dried cranberry.

They can be eaten straight from the freezer though the flavour is better if you at least let them thaw while you boil the kettle for your coffee.

Bulletproof Chocolate
Makes approx 24 – depends on size of ice-cube trays you use.
You will need:
80g dark chocolate (I used Green & Black 85%)
80g almond butter
80g coconut butter
Nuts & dried fruit optional e.g. macadamia & cranberry
Method:
Break the chocolate into a microwave-proof bowl.  Scoop the two butters in on top and microwave for a couple of minutes, stopping every so often to stir until all are combined.
Place a nut and fruit (if using) into ice-cube trays.
Use a jug to pour the chocolate mixture into the ice-cube trays.
Allow to freeze for an hour or more until set.
Enjoy whenever.
‘Til next time, Sheila.